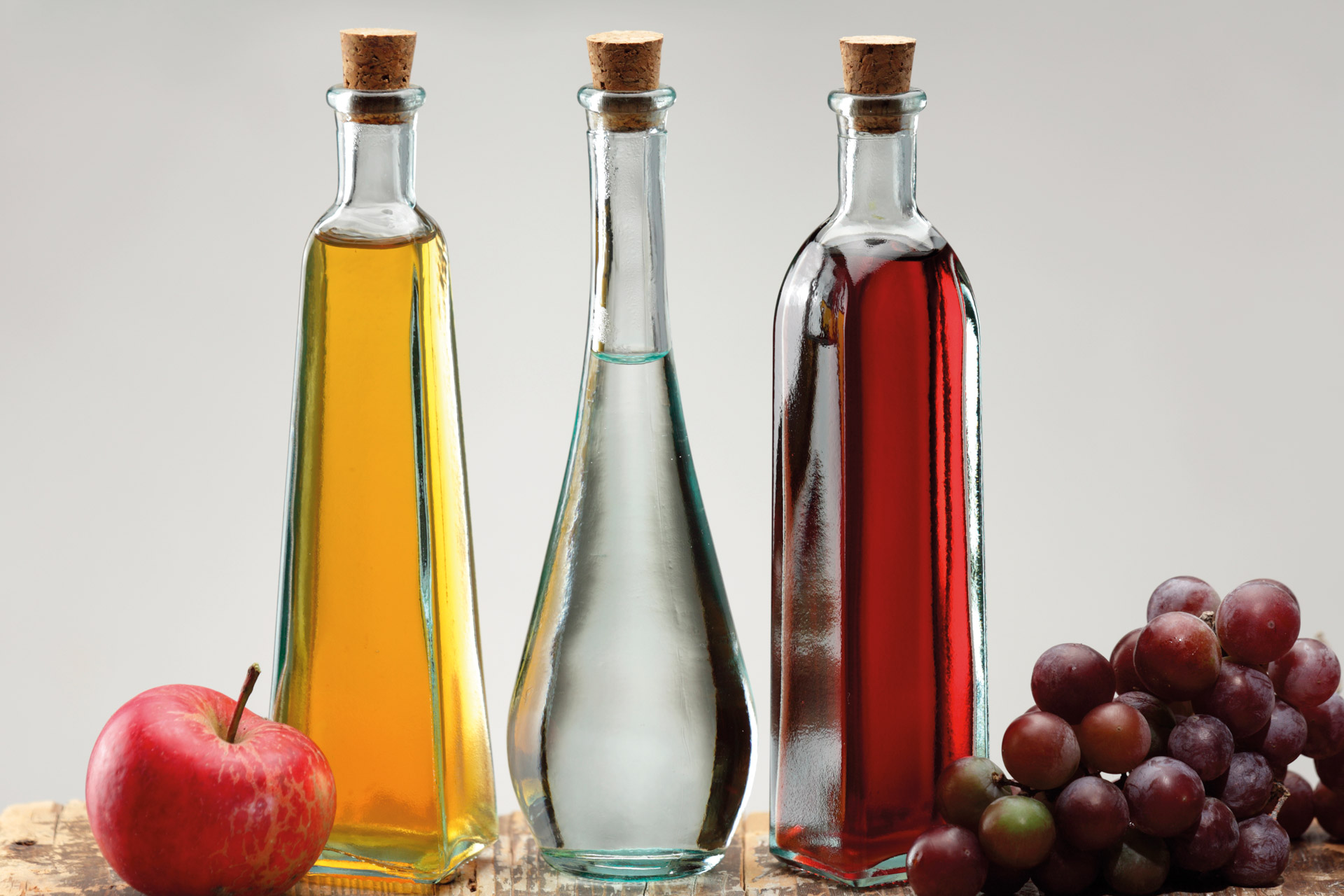 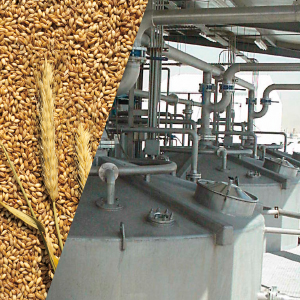 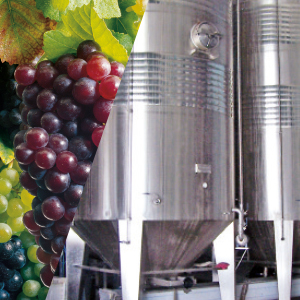 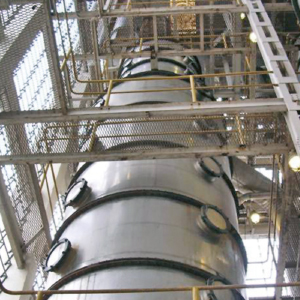 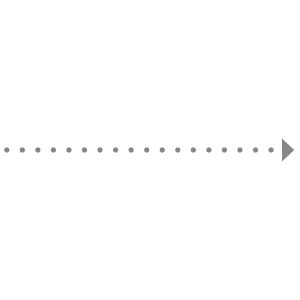 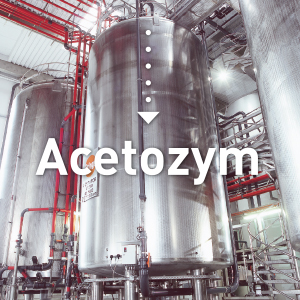 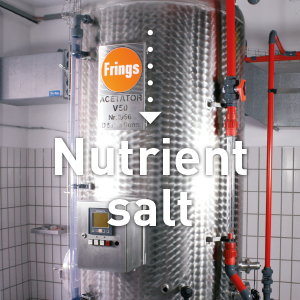 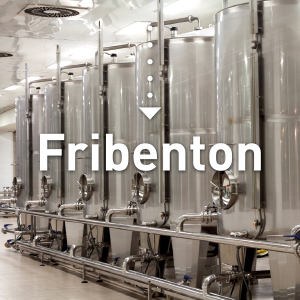 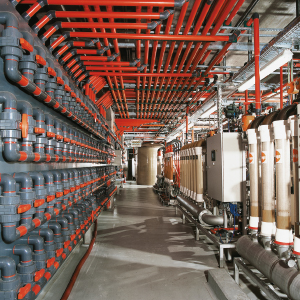 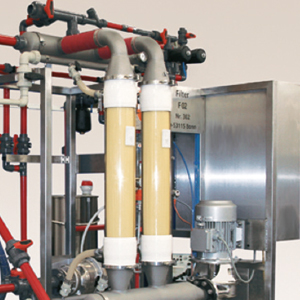 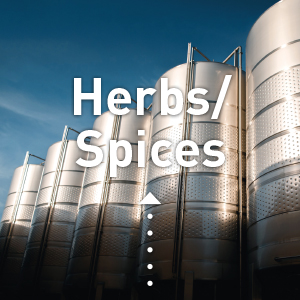 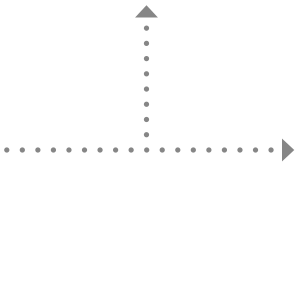 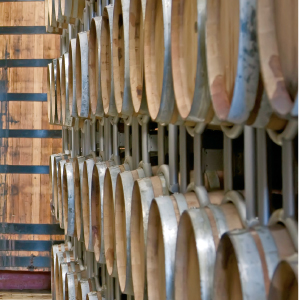 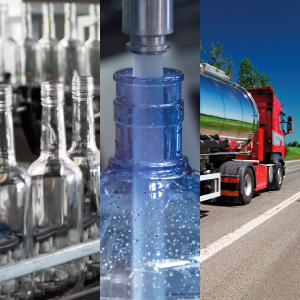 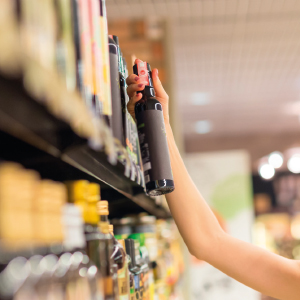 Research and development work at the pulse of time

In this way, FRINGS has made a decisive contribution to ensuring that the age-old condiment and preservative vinegar can now be produced with highest efficiency and quality. This high technical level has been achieved not least through the invention of the submerged fermentation process and its continuous optimization to achieve ever higher production capacities, yields and acidity levels and through the consistent application of state-of-the-art automation and filtration technologies.

From the starter culture to operational training

With our complete technology and product range we can supply you with the entire process and methods technique of a new vinegar production plant, including the necessary starter cultures and consumables. Of course, we can also provide all services for successful and sustainable installation, commissioning and training.
Needles to say that we also expand existing production capacities or modernize your older plants.

From project management to product development

Our experience and project management ensure that production is maintained with little or no interruption to operations. We would be happy to advise you on which solution is best for you. Our consulting services not only cover aspects of plant design, but we can also support you in product development.

Latest ideas from the pilot plant

Our well-equipped laboratory with a large number of pilot fermenters and a small but fine pilot plant enables the production of sample batches and much more.
FRINGS has developed and optimized various highly efficient vinegar fermentation processes that require a minimum of operator intervention. This enables us to provide you with the right process for each required application and, depending on the automation requirements, the appropriate equipment.

In addition, we are also happy to implement special processes for special products or special operational requirements.

We are happy to place our process know-how, acquired over many years, at your disposal.

The standard process is a cyclical production process (batch process) and is used for the production of high-quality wine and fruit vinegars as well as alcohol vinegar up to a maximum output acidity of 14.5%.

The batch of the normal process is divided into three sections:

The phases of the standard process in detail

In the nomenclature of fermentation technology, this is so-called a “repeated batch process”.

In contrast to the normal process, in which vinegar can be produced with a maximum acidity of 14.5%, the “Single Stage High Strength Process” (SSHS) developed by FRINGS makes it possible to produce alcohol vinegar with over 24.0% acidity.

For this purpose, the total concentration is gradually increased by controlled dosage of denaturate or alcohol via a special process control.
After reaching the desired concentration, the remaining alcohol is fermented down to the usual output concentration.

In the SSHS process the batch is divided into the following sections:

The SSHS process in detail

The “charge” is important for diluting the maximum to the minimum total concentration.

The following “start of fermentation” serves to support the growth of bacteria.

During the “TC up”, highly concentrated alcohol or denaturate is added separately, while the alcohol concentration is kept at a constant level. By adding the predetermined amount of alcohol, the desired total concentration is reached at the end of this phase and the addition of alcohol is stopped.

In the subsequent “fermentation” phase, the alcohol still in the fermenter is further converted into acetic acid, and the finished raw acetic acid product is discharged when the “discharge” alcohol concentration is reached.

At the “charge” within the next batch, water, alcohol and nutrients are added again and the cycle described above is repeated. The amount of vinegar produced per SSHS cycle is about twice the amount produced in the normal process.

All control loops, step chains for the individual process phases and also the recipe calculations are programmed in the ACETATOR controls and are carried out fully automatically. Despite the complex process, this ensures that the necessary operator intervention is minimal and that the successive batches are controlled quasi-continuously and precisely over several months.

Another process for the production of fermented vinegar with high acidity is the double stage high strength (DSHS) process successfully introduced by Frings in 1985. With this process, concentrations of over 17% were achieved for the first time. An essential feature of this process, which is somewhat more complex in terms of equipment and process technology, is the coupling of two ACETATORS / fermenters to form a functional unit (volume ratio approx. 1:2/3).

The first stage, the so-called DONOR-ACETATOR (Donor), works similar to the SSHS process.
However, the “discharge alcohol” or “transfer alcohol” concentration is now significantly higher.
The preset “discharge” volume is completely transferred to the second stage, the ACCEPTOR-ACETATOR (Acceptor).

The ACCEPTOR, which is completely emptied and flushed after the previous “discharge”, takes over the transfer volume of the DONOR, and the aeration is switched on again. This is followed by a further addition of nutrients as well as another “TC up”.

When the desired total concentration TC / the working volume of the ACCEPTOR is reached, the addition of alcohol stops. A normal fermentation to the desired residual alcohol concentration follows. This can very well be zero vol%.

This is followed by a complete emptying into a designated tank. This automatic process is still successfully used in several vinegar breweries.

This special arrangement can also be modified for the production of wine vinegars / alcohol vinegars with a residual alcohol concentration of zero vol%. This is called a double stage, low-percentage process (DSLS).

The SSHS process as well as the DSHS / DSLS process is a “repeated-fed-batch process”.

The continuous process is not very common in industrial vinegar production, even though it is a very simple process with low demands on the process technology. The reason is that high acetic acid concentrations (< 9 %) cannot be realized with this process. In terms of process technology, it differs significantly from batch processes, as the concentrations of acetic acid, alcohol and other parameters remain constant over the entire fermentation period (which can easily be several weeks or months).

The difference between the continuous process and the batch process

The continuous inflow of mash and the simultaneous withdrawal of a volume flow with the same pumping rate lead to this so-called “steady state”. The inflow rate is adjusted in such a way that a low alcohol concentration of 0.3% and a maximum associated acetic acid concentration (depending on the alcohol content of the mash/wine) is achieved in the fermenter.

Fluctuations in the activity of the acetic acid bacteria or the mash concentration are compensated by a control loop consisting of an online ethanol probe and a controller.

The process is particularly suitable for the production of vinegars from low-proof wines or mashes whose alcohol content is limited for quality reasons or for operational reasons.

WE ARE LOOKING FORWARD TO YOUR QUESTIONS AND TASKS. DO CONTACT US TODAY!